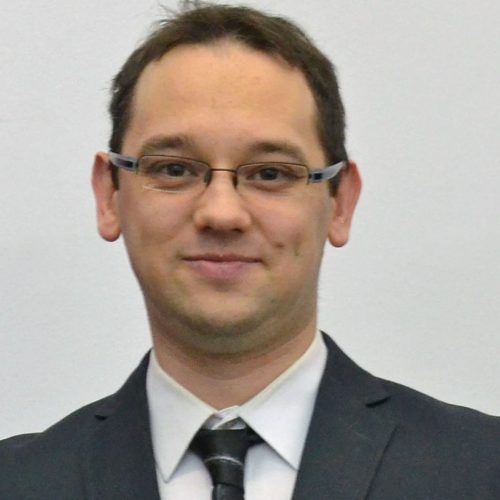 Graph neural networks are becoming more and more popular and find applications in many areas. In this talk, I will present a new architecture of neural networks built based on a topology of a road network. The new model can be applied to estimate outcomes of time-consuming traffic simulations a few orders of magnitude faster which helps in efficient traffic optimization. It outperforms all previously tested models in terms of accuracy (especially close to local minima) and we proved that the information about the road network topology is important and helps in achieving better models. Also, we can visualize the trained weights on a realistic map of the road network in Warsaw, which is a step toward greater explainability of our models and the learned features.

Paweł Gora is a researcher and teacher at the Faculty of Mathematics, Informatics and Mechanics of the University of Warsaw. He is a leader of a research group TensorCell working on approximating and optimizing complex processes (such as vehicular traffic or cancer treatment) using AI. He is also leading the EIT Food research project “Green LAst-mile Delivery” aiming to optimize the last-mile logistics. He developed software for simulating road traffic in a large scale, Traffic Simulation Framework, which has found several applications, e.g., to generate a dataset for the “IEEE ICDM Contest: TomTom Traffic Prediction for Intelligent GPS Navigation” in 2010. In 2015 and 2017, he received the “LIDER ITS” award for the best R&D work in the intelligent transportation systems domain in Poland. Now, he is also working on traffic models including connected and autonomous vehicles and is representing Poland in the COST Action “Wider Impacts and Scenario Evaluation of Connected and Autonomous Transport”. He is also a member of the Council for Digitalization and is supporting the Ministry of Digital Affairs in topics related to, e.g., AI and IoT. He is also supporting several technology startups as a mentor, advisor. As an AI and quantum computing enthusiast, he is one of the co-organizers of Warsaw.ai and “Warsaw Quantum Computing Group”. In 2017, he was recognized by MIT Technology Review as 1 of 10 “Top Polish Talents” in the “MIT Innovators Under 35” competition and placed on a “New Europe 100” list of emerging technology stars in Eastern Europe. In the past, he worked as a software engineer and research intern at Microsoft, Google, CERN and IBM Research.