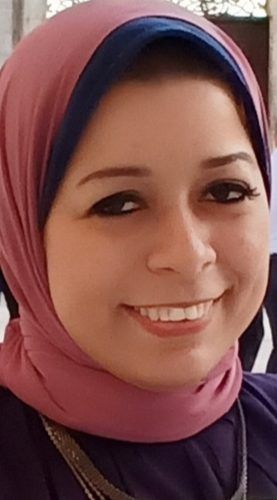 Population is steadily increasing worldwide, resulting in intractable traffic congestion in dense urban areas. Adaptive traffic signal control (ATSC) has shown strong potential to effectively alleviate urban traffic congestion by adjusting signal timing plans in real time in response to traffic fluctuations to achieve desirable objectives (e.g., minimize delay). Efficient and robust ATSC can be designed using a multiagent reinforcement learning (MARL) approach in which each controller (agent) is responsible for the control of traffic lights around a single traffic junction. Applying MARL approaches to the ATSC problem is associated with a few challenges as agents typically react to changes in the environment at the individual level, but the overall behavior of all agents may not be optimal. This talk presents the development and evaluation of a system of multiagent reinforcement learning for an integrated network of adaptive traffic signal controllers (MARLIN-ATSC). MARLIN-ATSC offers two possible modes: 1) independent mode, where each intersection controller works independently of other agents; and 2) integrated mode, where each controller coordinates signal control actions with neighboring intersections. MARLIN-ATSC is tested on a large-scale simulated network of 59 intersections in the lower downtown core of the City of Toronto, ON, Canada, for the morning rush hour. The results show unprecedented reduction in the average intersection delay ranging from 27% in mode 1 to 39% in mode 2 at the network level and travel-time savings of 15% in mode 1 and 26% in mode 2, along the busiest routes in Downtown Toronto.

Dr. Samah El-Tantawy is currently an Assistant Professor at Engineering Mathematics and Physics Department and also a co-director of the Technical Center for Career Development (TCCD) at Faculty of Engineering, Cairo University. In 2004, she completed her Bachelor degree in Electrical and Communication Engineering, Cairo University. In 2007, she finished her M.Sc. degree in Engineering Mathematics, Cairo University. She completed her PhD in the field of ITS from University of Toronto in 2012. During her PhD research, Samah developed a coordinated traffic signal control system using game theory concepts and multi-agent reinforcement learning approaches (MARLIN) that has been published as a US provincial and PCT international patents. Since January 2017, Dr. Samah was the PI of a funded project by ASRT developing an adaptive and personalized platform for effective and advanced learning for school students. Samah won a number of awards/funding/recognitions, including: 2017-2018 Second Place and Silver Medal for ICT R&D Category Award in the 5th Cairo Innovates Conference from the Academy of Scientific Research and Technology, for the project of “Development of an Adaptive Personalized Platform for Effective and Advanced Learning”. 2017 State Encouragement Award Award for Women from the Academy of Scientific Research and Technology 2015 ITS Canada New Canadian Commercial/Industry/Academic ITS Technology/Innovation/R&D Award 2014 University of Toronto Inventor of the Year 2013 IEEE-ITSS Best PhD Dissertation Award, First place 2013 INFORMS George B. Dantzing Dissertation Award, Finalist MaRS Innovation Proof of Principle (PoP) funding for 2012/2013 Connaught Innovation funding for 2013/2014 She has more than 23 publications (including one patent, 12 international journal publications, and 1 book chapter), with an h-index of 9 and around 800 citations according to Google Scholars. As an assistant professor and instructor of Mathematics Courses at Faculty of Engineering Cairo University since 2016, she is the founder of the bi-annual “Undergraduate Engineering Mathematics Research Forum” that helps students connect the mathematics with the real-life applications through scientific research process. Since 2016, Samah has developed interest in boosting the role of Women in Education and raising healthy brains through her participation in a number of crash courses, scholarships, and workshops related to: “Promoting and Raising Awareness of Healthy Child Growth and Development (Mentally, Socially, and Emotionally)” . Since 2021, she is also a Co-Founder of “Nasma3ak Nad3amak” Volunteering Service that is associated with “Resala” NGO in Egypt that Provide compassionate, accessible crisis support that enhances the health, well-being and resiliency of individuals in distress. Samah was the president of the Egyptian Student association at the University of Toronto (ESAUofT) for 2011, the vice president of the Institute of Transportation Engineers (ITE) student chapter at UofT for 2010 and 2011, an IEEE member, a member in the Women in ITS group (WITS) and IEEE Women in Engineering (WIE), and a friend of the Traffic Signal Systems TRB Committee.She is also a member at Egypt Scholar Inc., an NGO that provide various services related to scientific research and development.